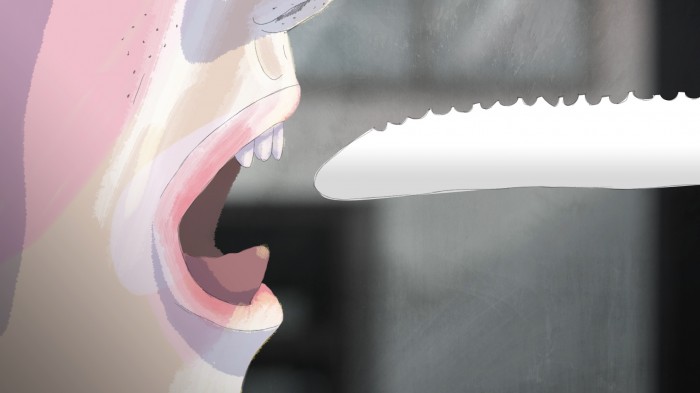 Things of worth are often neglected in favour of that which is more immediately gratifying. Unfortunately, things that are neglected are often lost forever. The life of a misguided and intensely focused man, chronicled through his oral obsessions. 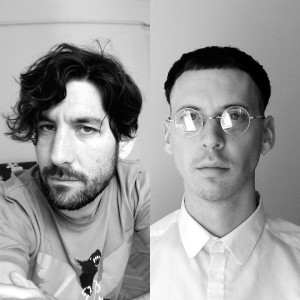 Directing duo Tom Brown and Daniel Gray met at film school, their graduation film, “t.o.m.” won numerous awards across international film festivals. Although they now live in New York and Budapest, they continue to work together, under the name of Holbrooks, across continents and time zones.

This film evoked a strong reaction in all the jury members and generated lengthy discussions while challenging our notions of what animation can do as an art form. The filmmakers use the animation craft to create a visceral effect on the viewer, plunging the audience deep into a perverse and horrific journey. A droll, unconventional story about the quest for the perfect tool, it is told beautifully with an eye for detail and design. 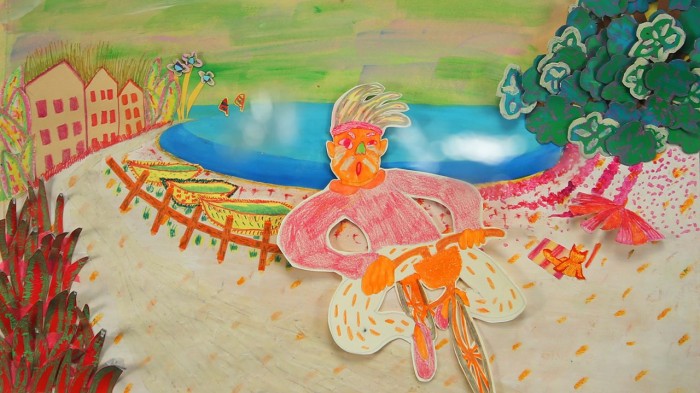 On a summer day an strange man who teaches Russian at the beach took me toa town. The familiar town looked totally fresh from a different point of view. The man should be there at the beach tomorrow. 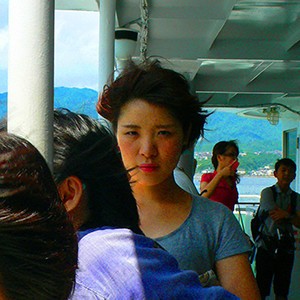 This short, describing the cultural life of Yokohama's downtown harbor, distinguishes itself from many contemporary shorts by young Japanese animators by not only addressing an atypical topic but also the filmmaker's desire to express the surroundings in which she is living. The film weaves together a lively assortment of animation techniques to compose a playful, impressionistic snapshot of a specific time and place. 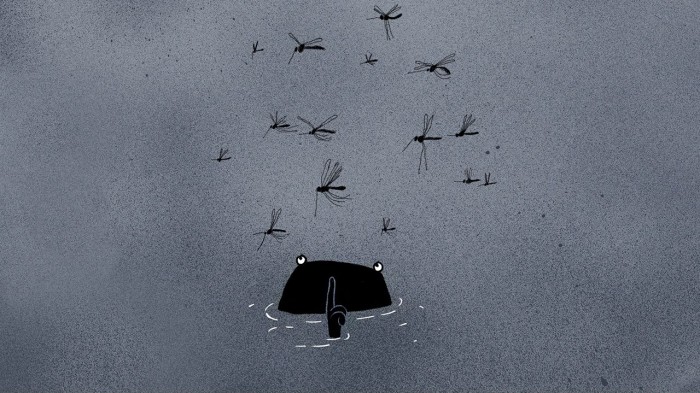 Even the best of friends can have trouble understanding each other when they are from two different worlds. 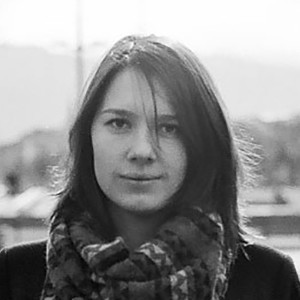 Born in Sverdlovsk ,Russia. Graduated from Ural State Academy of Architecture and Art,majoring in graphics and animation. Worked as animator, character designer and artist on several animated films .”Snowflake” 2012 is her debut as a director. Studied in La Podriere (France) 2012-2014, where she directed the films ”The Return” (2013) and her graduation film ‘Two Friends” (2014).

An outstanding example of character-driven storytelling, underpinned by a witty sense of humor and surprisingly dark edge that stands in contrast to its sweet illustrative style. The filmmaker exhibits a sophisticated understanding of the creative process, employing every filmmaking element from color and design to sound and editing in the service of telling her story. 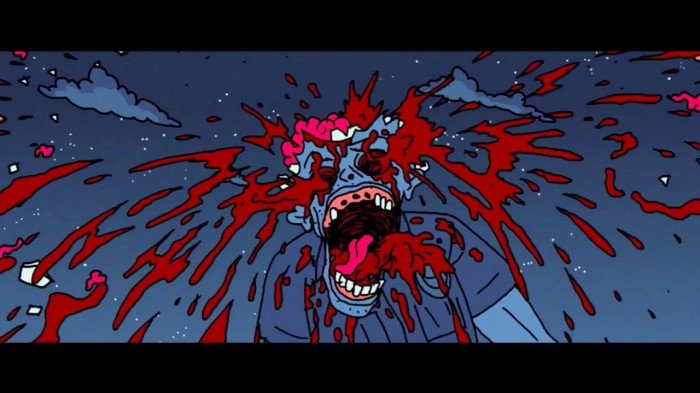 Royal Blood "Out of the Black"

An alien in a bunny costume robs a gas station. 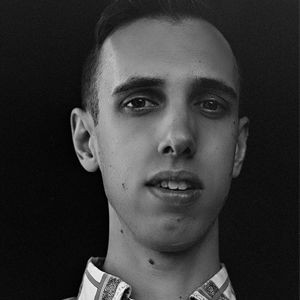 David Wilson is a music video director based in Los Angeles, recently moving after formed his career in London over the past 6 years. He’s known for crossing disciplines between animation and live action, often combining the two to create something totally unique. David has created work for artists such as Arctic Monkeys, David Guetta, Lady Gaga, Metronomy, Tame Impala, and gained a grammy nomination this year for his video for Arcade Fire, ’We Exist’. 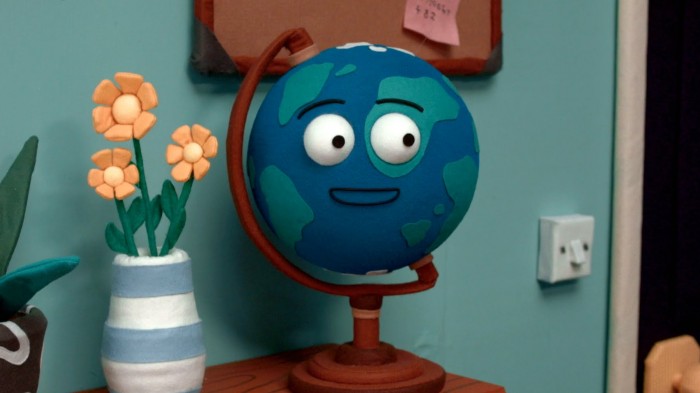 If only there was some way to learn more information about the world! 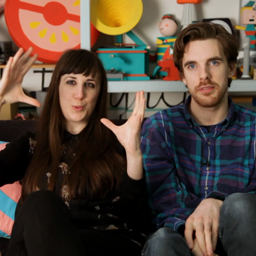 Becky & Joe, dubbed animation 'super-duo' by It's Nice That, are Becky Sloan and Joseph Pelling. They are directors on a mission to make the world more fun, armed with an adventurous hand-made approach to animation and an absurdist sense of humour. Individually, Becky and Joe have lent their talents to a diverse list of clients including Nickelodeon, Cartoon Network, Channel 4, BBC and Selfridges, as well as directing sequences in the new feature-length Graham Chapman biopic 'A Liar's Autobiography'. Together, they aim to create work with an original new voice, bringing their colourful imaginations to life through experimental craft-focused techniques and tactile materials such as plasticine and felt.

The really attractive characters are tossed between reality and virtual space and the film takes the characters and us to the world of chaos. This film is addictive. 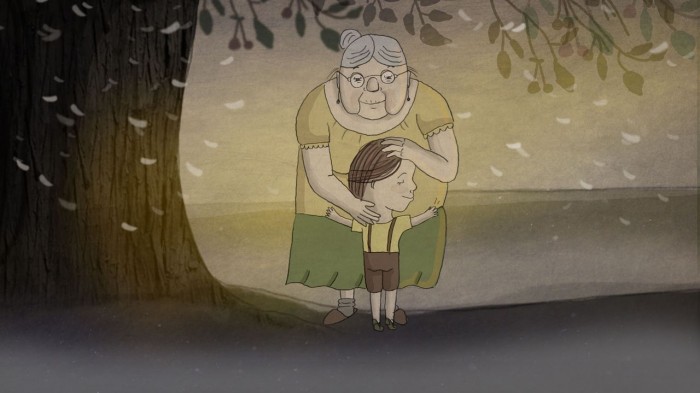 My Grandfather was a cherry tree

This is a movie-memory, narrated by a young boy about his views on life and death. It’s also a story about an unusual grandfather, who could listen to the trees breathing and believed that
“Person can’t die if someone still loves him”. 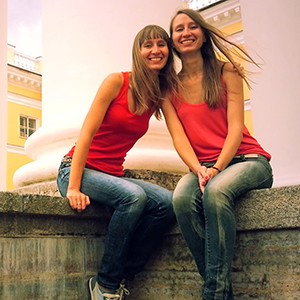 Olga Poliektova and Tatiana Poliektova, twin sisters were born in St-Petersburg, Russia. Since early years they began to draw and graduated Art school. After graduating at the University of Cinema and Television in animation and computer graphic, they started to work together as film director duo and animators. During these years they made several short animation films which took part over then in 100 worldwide festivals and earned over 50 awards. Their animation film “Noise” was first screened at Cannes Film Festival (Short Corner) in May 2012 and also at Moscow International Film Festival in June 2012. In 2013 they made animation film “Quagga” in production with Tve (television for the environmental) and Bloomberg, London. It was awarded as the Best Environmental film in Kuala Lumpur Eco Film Festival (Malaysia), Ecotopfilm 2013 (Slovak Republic) and got in the list of top 50 best shorts of Russia (Global Russian shorts). In 2014 they were invited as a jury on Lucania International Film Festival (Pisticci, Italy). Nowadays they have finished their new film “My Grandfather was a cherry tree”, with the support of Ministry of Culture of Russian Federation. Film made after the book of Italian writer Angela Nanetti.

The story tells that even after dying your precious persons will be close to you in a different form as long as you keep loving them. It makes us feel calm courage. 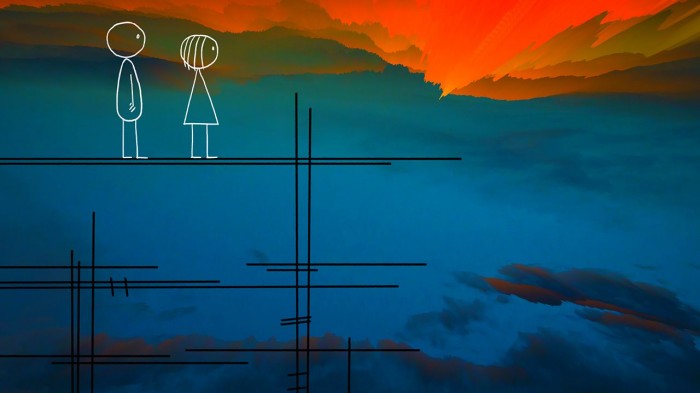 A little girl is taken on a mind-bending tour of her distant future. 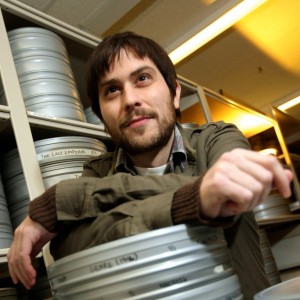 Don Hertzfeldt is an Oscar-nominated American independent filmmaker whose animated films include It's Such a Beautiful Day, The Meaning of Life, Billy's Balloon, and Rejected. His work has played around the world, receiving over 200 awards, and recently made a special guest appearance on The Simpsons. Seven of his films have screened in competition at the Sundance Film Festival, where he is the only filmmaker to have won the overall Grand Jury Prize for Short Film twice. His first feature film, It's Such a Beautiful Day, was named by several critics as one of the Top Ten Films of 2012. In 2014, Time Out New York named It's Such a Beautiful Day # 16 on their list of the "100 Best Animated Movies Ever Made." 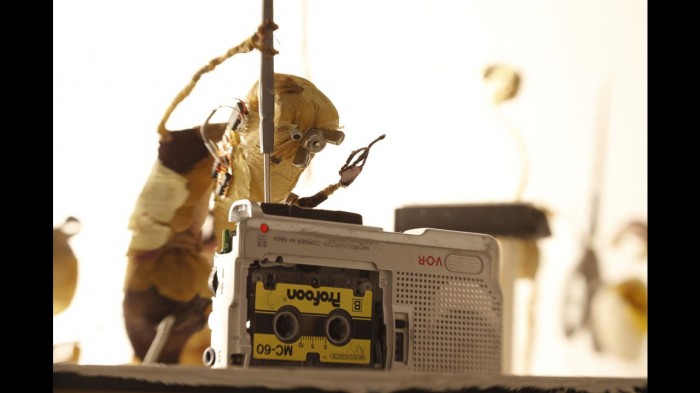 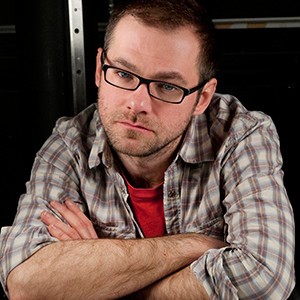 Ainslie Henderson is a writer/director/animator/who in, 2012 was awarded a BAFTA for his co-writing of ‘The making of Longbird’ Ainslie’s film “I Am Tom Moody” Was nominated for the 2014 BAFTA and has currently won over 30 international festival awards, including; Best British short at Encounters, Disney, best student film at Ottawa and the special jury prize at Annecy. Ainslie has a particular love for stop frame animation and is currently freelancing in Edinburgh. 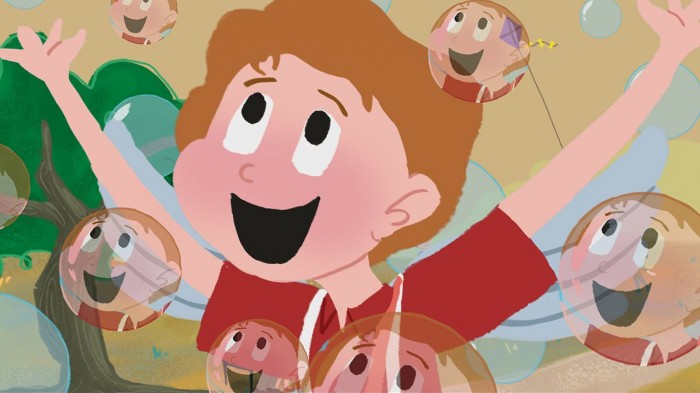 What happens when a carefree young god of romance meets his first love? A musical fiasco, that’s for sure! 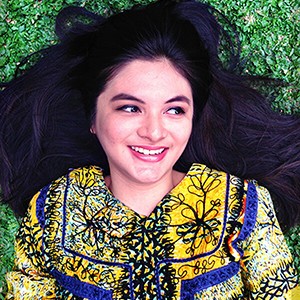 Jessica ”Jeca” Martinez is an animator and illustrator from Manila, Philippines. She loves to tell stories through delightfully entertaining animations, illustrations, eCards, and GIFs.

Growing up, Jeca has always been very artistic. If she wasn’t busy reading or watching cartoons, she would spend her free time drawing, painting, writing stories, making videos, and whatever artistic expression she could get into--which is pretty much how she still is today!

Jeca started using Photoshop and Flash in highschool, and received recognition for her work shortly after, such as second place in the First National Computer Competition Simple Animation contest, runner-up for her stop-motion entry for the ”I Love Makati” video contest, and finalist for the Animahenasyon 2010 animation festival.

Jeca is currently a freelance animator and illustrator, and has had the pleasure of working with amazing clients across the globe such as Hallmark eCards, Andies Candies, Earthventure Inc., and Adaptive Studios.

You can find more of her work at www.jecamartinez.com

The delightful film let us fall in love with the clumsy cupid in classical music. 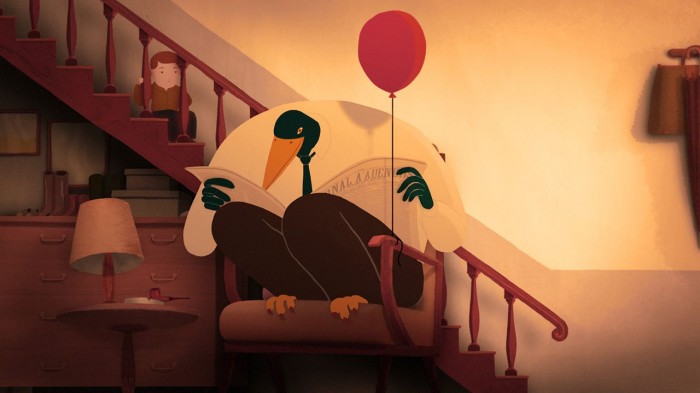 Hugo's mother is back home. The day after, when Hugo wakes up, he finds black feathers all over his house. 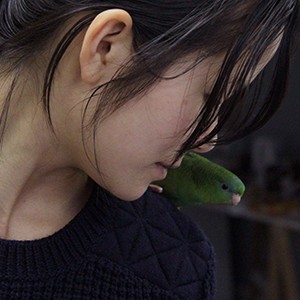 Phuong Mai Nguyen is born in Hochiminh City, Vietnam where she lived until she turned 15. She came to Paris and graduated the Estienne high school, in applied arts. Then, she studied animation in Gobelins, l'école de l'image, where she co-directed Un tour de manège, as her graduation film. She went on to La Poudrière, in Valence, where she studied directing and script writing, and directed a few short films such as Hors d'usage, Mourir d'aimer, Un vrai petit génie and Point de fuite.

She lives in Paris and works in various commercials, TV series and short films as art designer, director, and/or animator.

The beautiful black wings absorb the mother and change her into a woman. It’s overwhelming and enchanting. The film expresses the boy’s wobbly feeling. 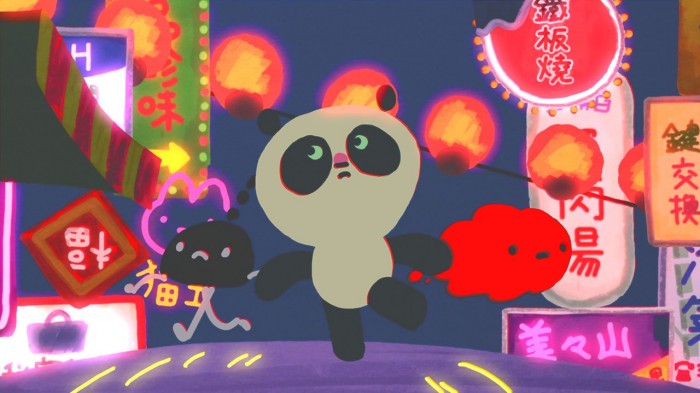 A music video of a lead single from the mini-album "Come on! Sleepless Castle Un-Amin" by Un-Amin, the band that was formed in 2011 and led by a Taipei-born singer MIN. A colorful depiction of Un-Amin's world of Orient-No.1 Neo-pop. Feeling like tourists and and singing on nostargic future. 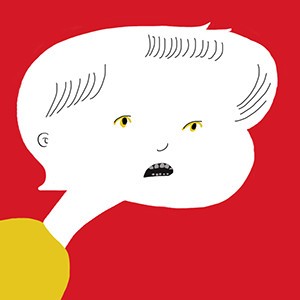 Born in 1989. A member of FOGHORN, creator management, Tokyo. Currently living in Kanagawa Prefecture. After graduating from the Department of Oil Painting at the Faculty of Art and Desgin, Tama Art University, she majored in animation at the Graduate School of Film and New Media, Tokyo University of the Arts, and finished her studies in 2014. She produces animated films using mixed media. Her graduation film The Lonsome Hero won Minister for Foreigner Affairs award at New Chitose Airport International Animation Film Festival in 2014.

In a colorful China Town, everything is OK if you become friends with the Panda. This is the best uplifting film. 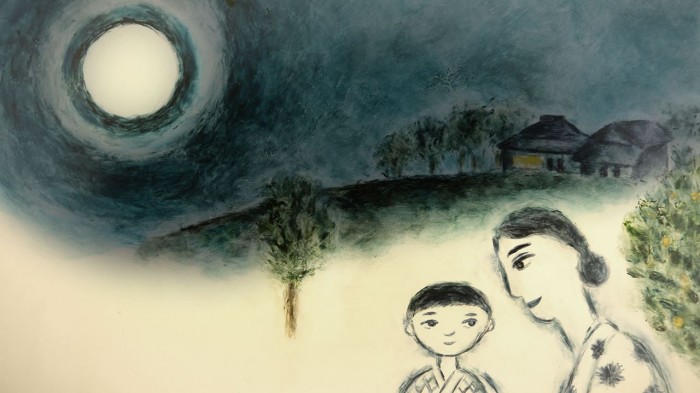 In the evening of a village festival, a young boy named Bunroku goes to the festival with his friends and visits a clog shop on the way. There he learns an old superstition about the fox. 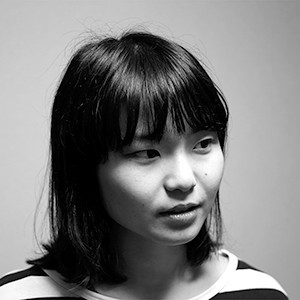 Born in Nagoya-shi Aichi, 1989. Graduated from Nagoya University of Arts, Department of Media Arts in 2011 and Tokyo University of the Arts, Graduate School of Film and New Media, Department of Animation in 2015. Her major works are Through the Windows(2013) , Fox Fears(2015), using the fluid medium such as glass on painting and sand animation.

The Sand painting and old superstition about fox accentuate the magical atmosphere floating around the film. The story makes a permanent impression on us. 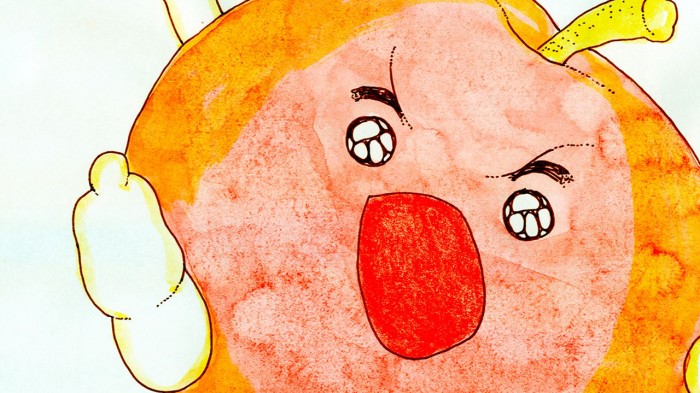 An apple and an apple -Welcome back me-

kaori dose not like "apple cheeks". One day, after a quarrel both cheeks leave. They become apples. 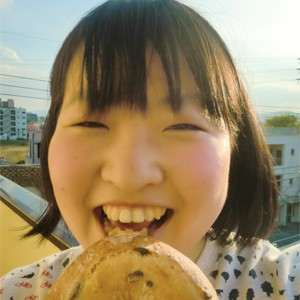 The charming story that her complex is transformed into her originality brings us cheer and smile.