The Main Visual of the fesitval 2015 is created by Japanese Animator, Illustrator Manami Wakai!

It’s the world’s first animation film festival which is held at the airport and I feel like drawing something with real airport facilities. I’ll be pleased if the audience enjoy them. (Manami Wakai)

The Main Visual of the fesitval 2015
https://site2015.airport-anifes.jp/en/about/webvisual/ 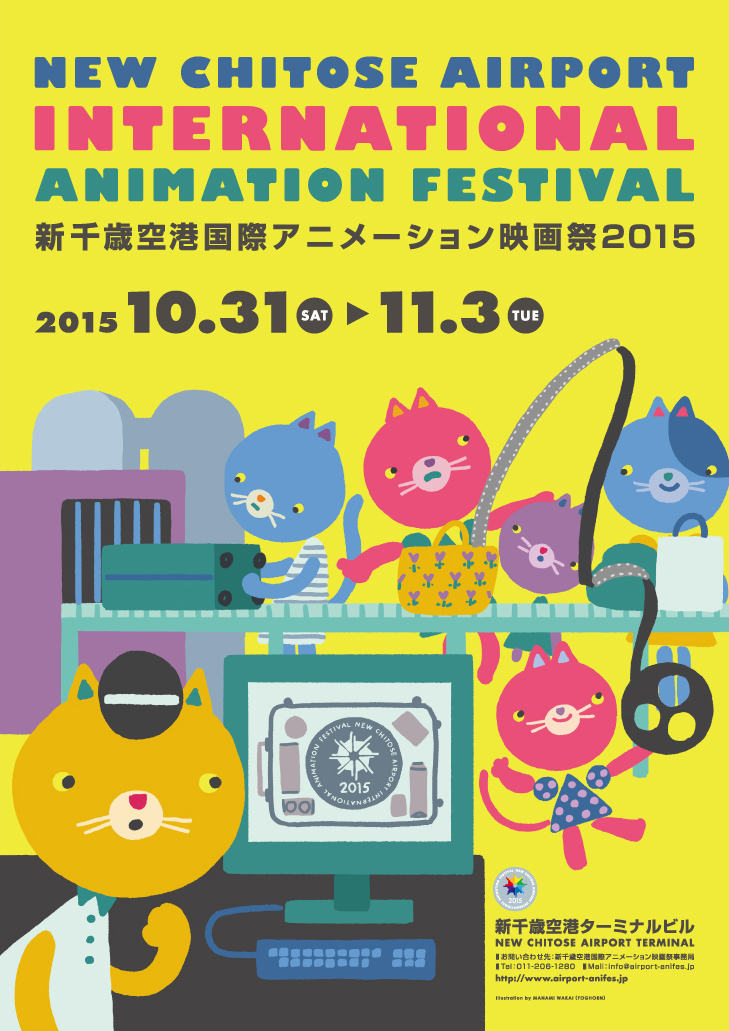 The members of the 2015 International Jury