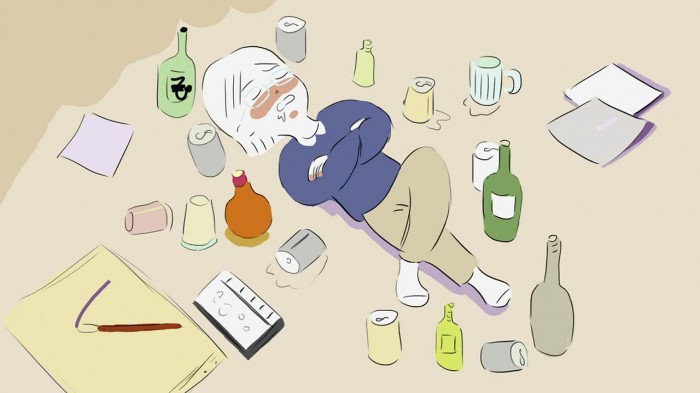 Guilty is an art university student who is slacking off on her school work and feels horrible about it. Plus, she's confused about her family and Christianity, and she can't even get her ex-boyfriend to accept a small present she bought for him. 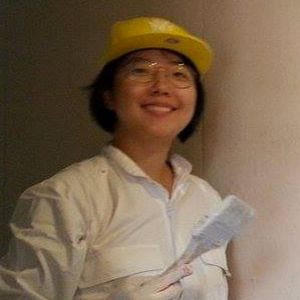 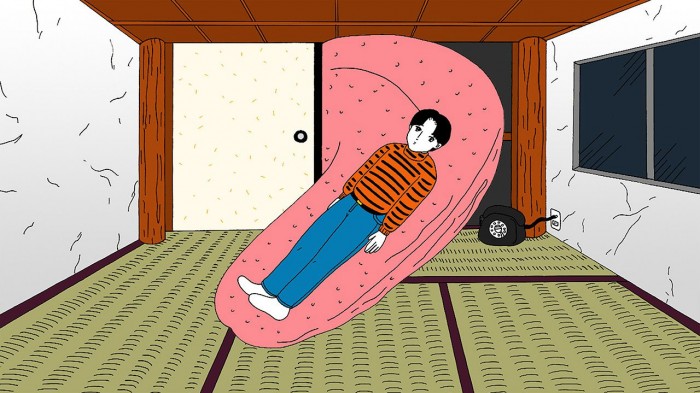 I expressed the desire and humanity in this animation.The boy who had shut all desires into the TV went away from a quality of human being (identity). This is the story that the boy finally regains himself. 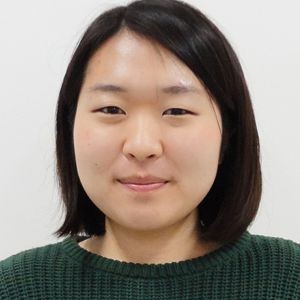 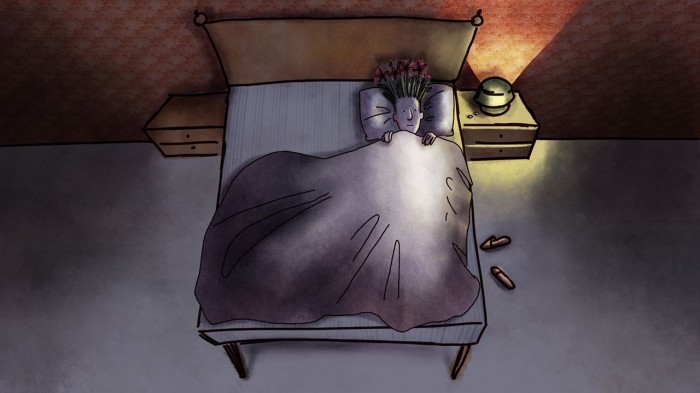 The Lady with Flower-Hair is a woman of forty, on whose hair have grown a set of carnations. She was different even from childhood. She now lives alone. She is pre-occupied with the flowers on her hair but the co-existence of two beings with absolutely nothing in common is bound to cause discomfort for one of them. 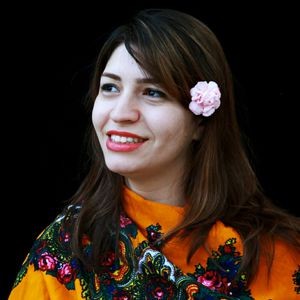 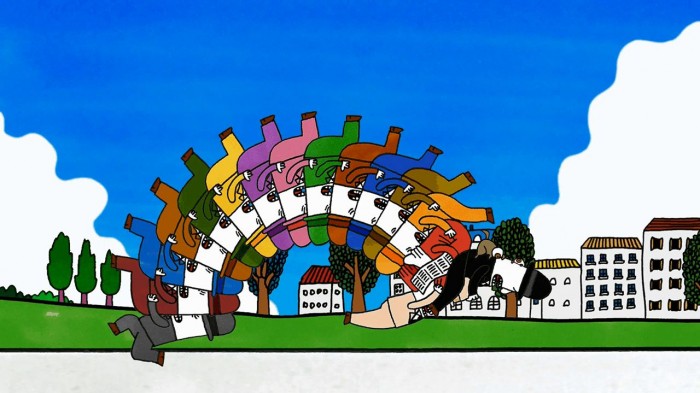 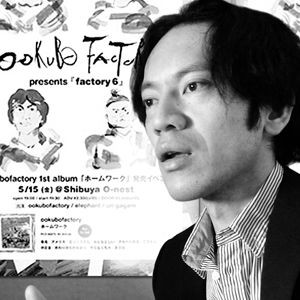 Ｃhikara Ｕrasaki started to release promotional animated videos in late 2011. Before that, he had produced MANGA, music and animations without planning to release them publicly 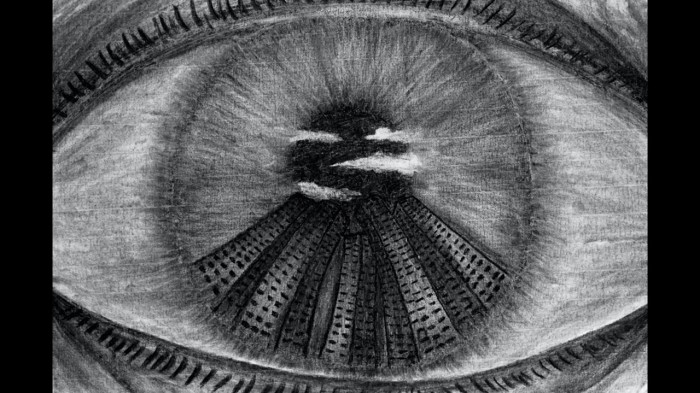 It is a city without memories, but a growing maze with construction sites, skyscrapers, advertising billboards that keeps taking over or being taken over their domains. Citizens wander around and eventually get lost in vain, and the Mô-sîn-á (*) is the only one to lead their way. 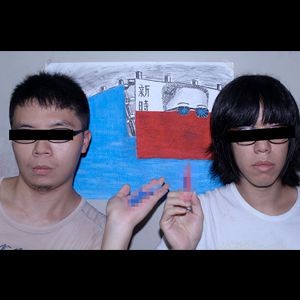 Neither do the director study in animation. Chun-Tien studies in documentary, and Chen-Yu studies in architecture, thus it’s our first time working on animation. 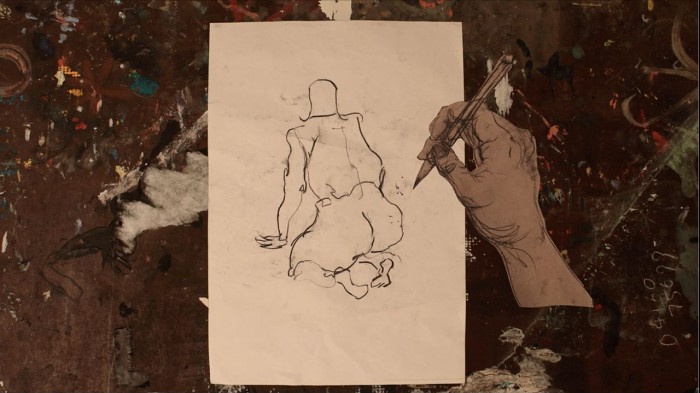 ALL HE KNOWS RIGHT

Here there is a man who is one of the lovable kind. He draws. He suffers. He discovers. He is alive.He doesn’t confront the world. The world is not there to know. The world is nowhere to be seen in such speed in motion.

He is the one of the kind and it’s his another usual day. 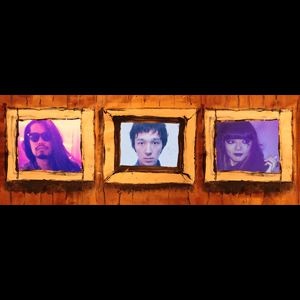 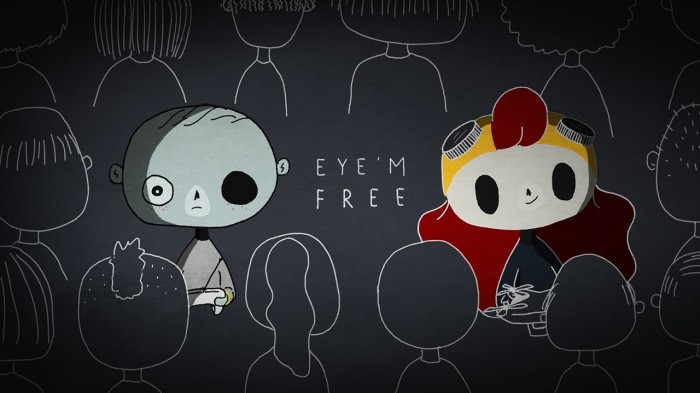 In the near future, holographic goggles have substituted all electronic devices and those who could afford it become wholly dependent on it. Chuck is one of those devoted users of the goggles. One day, an incident leaves Chuck deprived of the technological privileges he once enjoyed. Alice, a well-meaning girl in his class, sought his friendship and offers aid as he struggles in limbo. Things take a turn for the worse when Alice cooks up an inventive solution for Chuck… 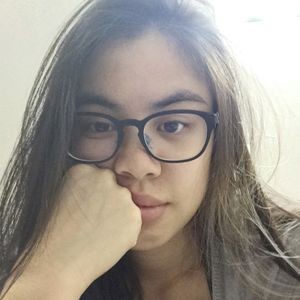 LOUISE PAU is a Hong Kong artist, animator and director. She fell in love with the art of storytelling during her literature classes in secondary school. Majoring in Film from Hong Kong Baptist University, Louise has discovered her passion and medium of expression in animation even though traditional animation course wasn’t offered in her department. As a self-taught animator, Louise had completed her first animation short and is confident there’ll be more lining up. 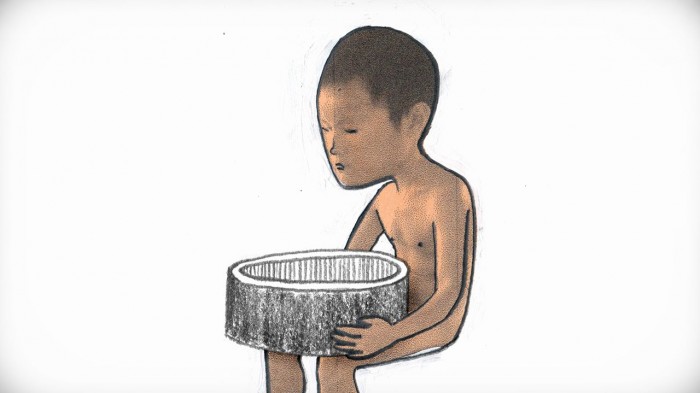 A man scratches the skin he lives in. 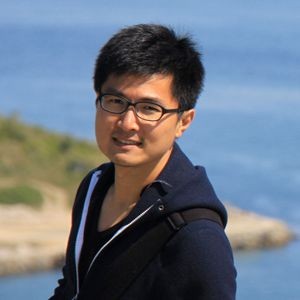 Wei Keong’s animated short films “White” and “Hush Baby” received the Special Achievement and Special Mention awards respectively at the Singapore International Film Festival in 2007 and 2009. His public art installation “Foundin” has been featured at the M1 Singapore Fringe Festival 2014 and also at the Fondation Espace Ecureuil in France as part of the Made in Asia Festival 2015. 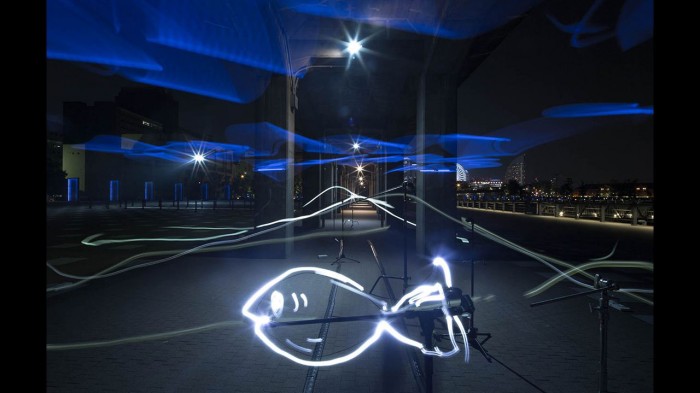 A work of animation drawn in the air with the illumination of a penlight. Footage was shot of the promenade connecting “Zō-no-hana Park” and a red-brick warehouse in Yokohama, the port city that “black ships” used to visit and the starting point of rail lines that carry goods to Tokyo. Life, the universe, and the birth of humanity. Humanity invented tools, encountered fire, and become capable of drawing on the walls of dark caves. Painting was born out of the wisdom of our ancestors who needed to pass something on to future generations. Here we can see the joy of discovering a new form of energy. 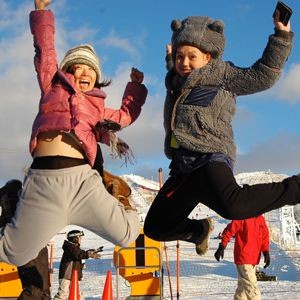 A creative unit active since 1998. Both members were born in 1978. In 2006 they came up with “PiKAPiKA”, a ground-breaking visual style in which animation is created by combining long exposure and stop motion techniques in digital videography and drawing pictures with the illumination cast by a penlight suspended in the air. Employing this and other techniques, their activities in a variety of fields including commercial films and modern art transcend the boundaries of specific industries. 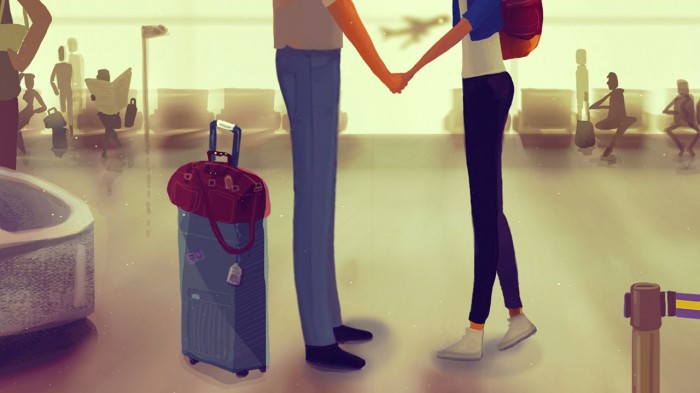 Lonely Sound’ is an animated music video for artiste Srinidhi’s single release. It is directed by Shalini Shankar and animated by Sandhya Prabhat and was released on February 14th, 2015 on Srinidhi’s VEVO Channel. The film captures scenes from one day during which a couple in a long-distance relationship meet. 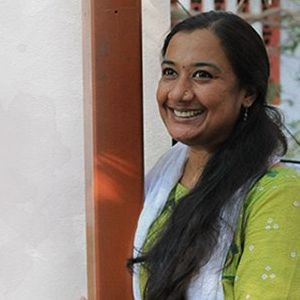 Shalini Shankar is a director/producer currently working with Madras Talkies as an Associate Director to Mr. Mani Ratnam. 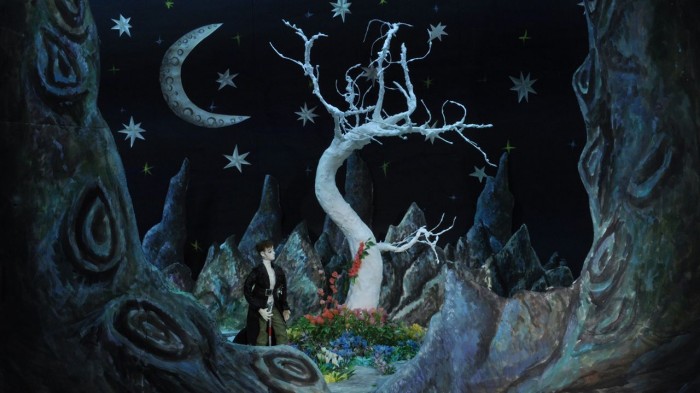 A story of a man who dreamed of the rainbow flower garden. He found an infant Tyrannosaurus-Rex and tried to stay with the baby, but the mother didn't allow him to do so. 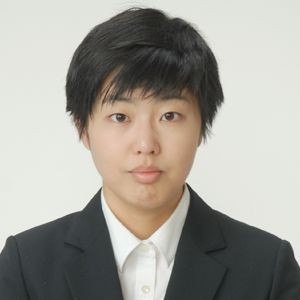 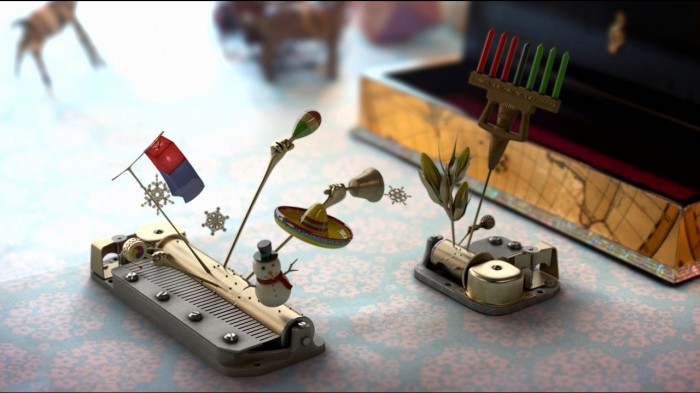 "A little girl finds a mysterious music box. She winds it up to play it but doesn't realize what she is about to awaken. It might be tiny creatures that have been sleeping a long time inside the musical teeth of the music box or imaginary creatures only you can see" 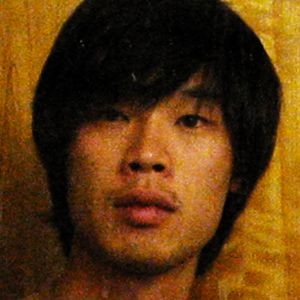 Beomsik Shim, a.k.a Shimbe, is an award winning filmmaker and media artist. Shimbe majored in Experimental Animation at CalArts, and has expanded his artistic domain to various fields of art through film and animation. His works include "Futurama" - 20th century Fox TV, "Mosquito" - Yeah Yeah Yeahs' music album art works and videos, "The Wonder Hospital", animated film. His films have shown at festivals around world getting multiple awards from SXSW, LA Film Fest, SIGGRAPH, and Anima Brussels. He’s currently working as a film director, and teaching at California State University Long Beach. 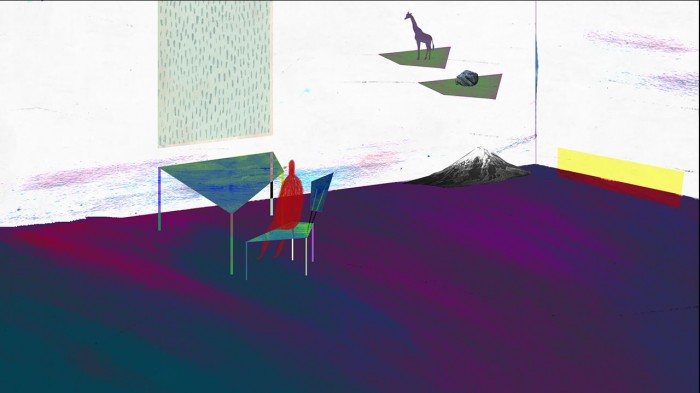 NaiWei Liu’s Something Important (2014) is a 2D animation, which presents the filmmaker’s personal journey of self-discovery woven as a tapestry of his memories. Liu uses an abstract montage style that combines hand-drawn elements with composited photo realistic scenes in tandem with music to express his life experiences filtered through time and remembrance. The resulting film conveys a positive perspective that transforms psychologically difficult occurrences into a field of creative insights. 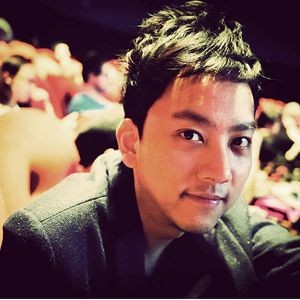 NaiWei Liu is a Taiwanese born artist and designer, who has been involved in the motion mgraphics and graphic design fields since 2006.
He received his BFA in Communication Design from Shih Chien University in Taipei, Taiwan in 2009, and his MFA in Computer Art with a concentration in Motion Graphics from the School of Visual Arts in New York in 2014.
Liu’s inventive commercial and fine art motion imagery engages music within a defined visual space to create a vivid and impressive visual language. 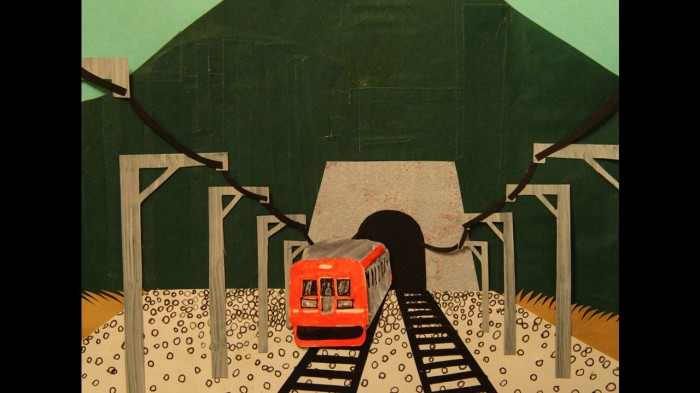 A moment that my driving the train passes through that station, my fiance and I were journey at the speed of light. The animation of wedding ceremony for the couple which acts as a railroad worker. 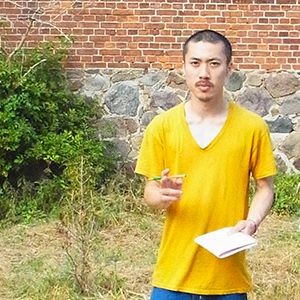 Hoji Tsuchiya was born in Tokyo and work as an artist in animation, film, music & drawing.
Currently based in Berlin, Germany, he has been practising in animation since 2004.
He employs experimental material such as a photocopy machine, banana skin, shadow and paper. 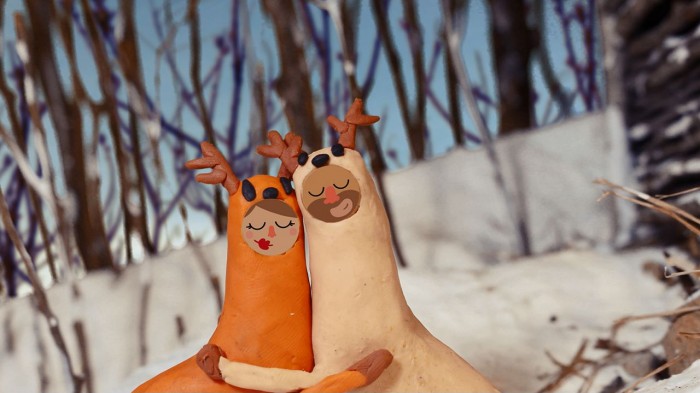 This is an imagined story about turning three different elements into an unusual situation. 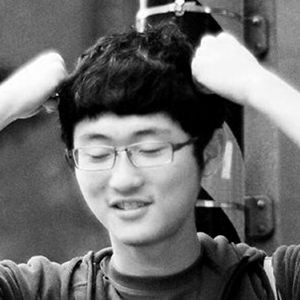 Studying in Taipei National University of the Arts