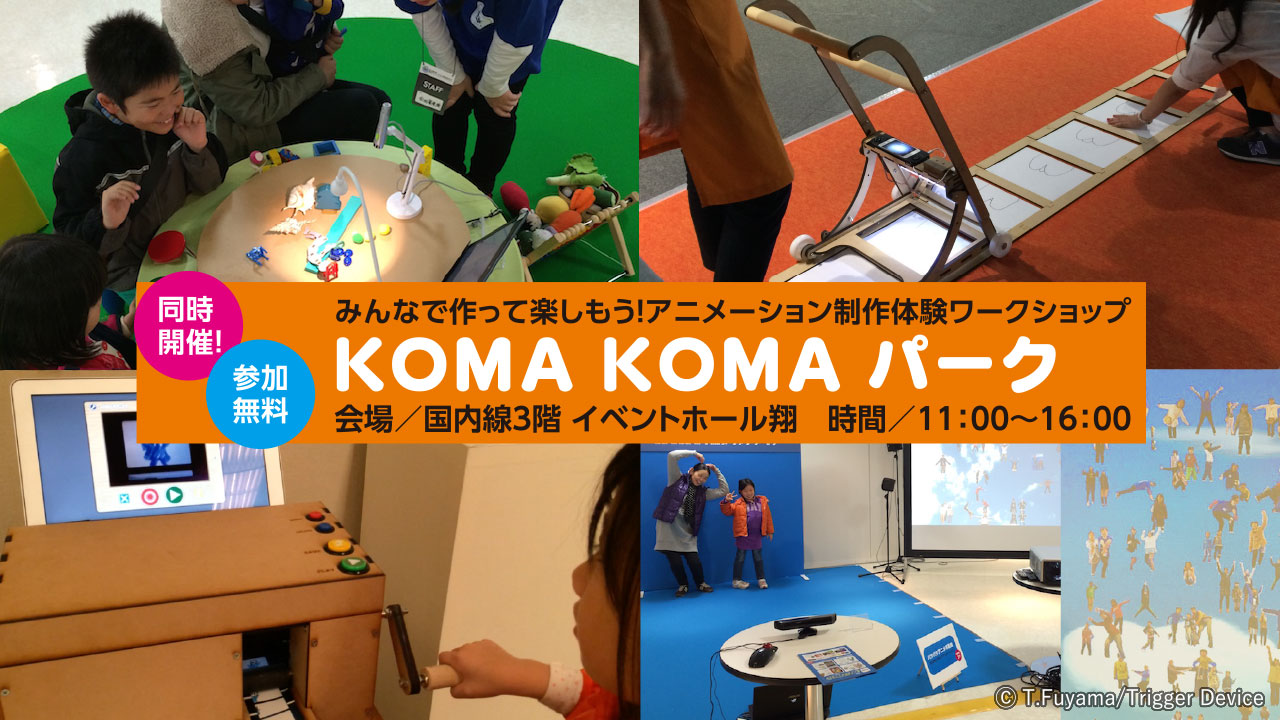 Free admission! The animation workshop is open and accessible to everyone. 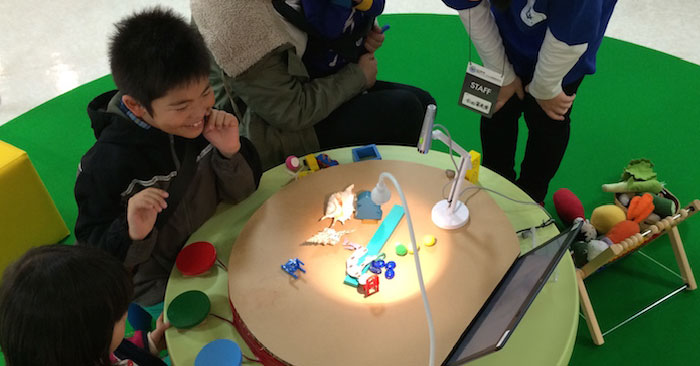 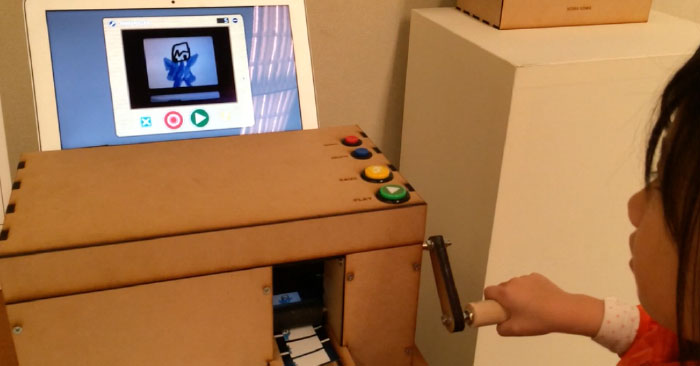 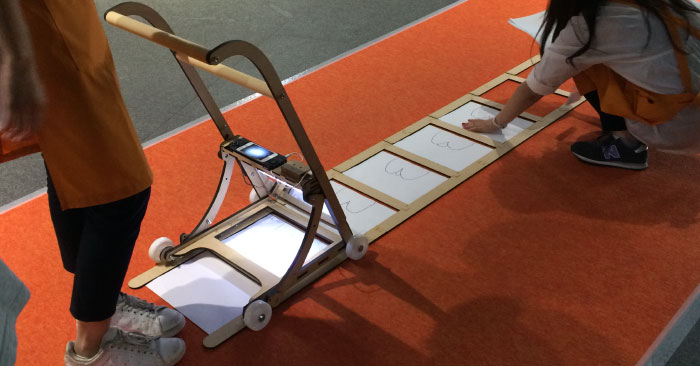 Shoot animation with a wheelbarrow! First draw flipbook style comics and place each frame on a rail. By simply running the KORO KORO cart, the frames are automatically shot. You can review the results on a large screen.
PATA PATA flyer 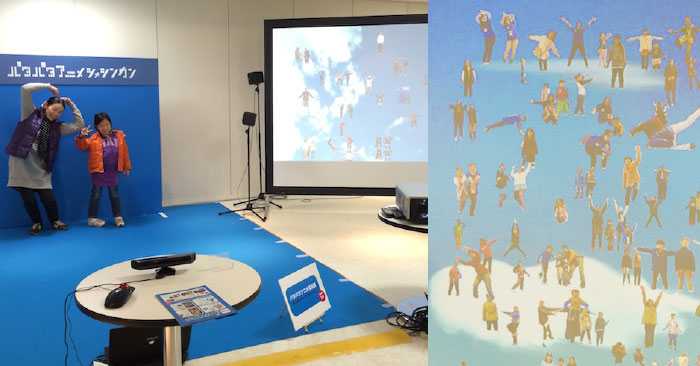 Fly in the sky with animation! Shoot two poses of yourself flying, and then you will be flying in the blue sky on a big screen. 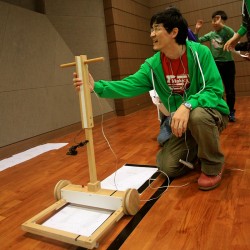 Taruto Fuyama is a professor in the Graduate School of Film and New Media, Tokyo University of the Arts. Since the 1990s, he has been producing computer graphics. Beginning in 2003, Fuyama began to develop devices for animated filmmaking workshops and recently released apps including the stop motion app KOMA KOMA for iPad. He is now active in the development of programs for animation education in school art classes and is engaged in the practical study of developing curriculums for human resources development.